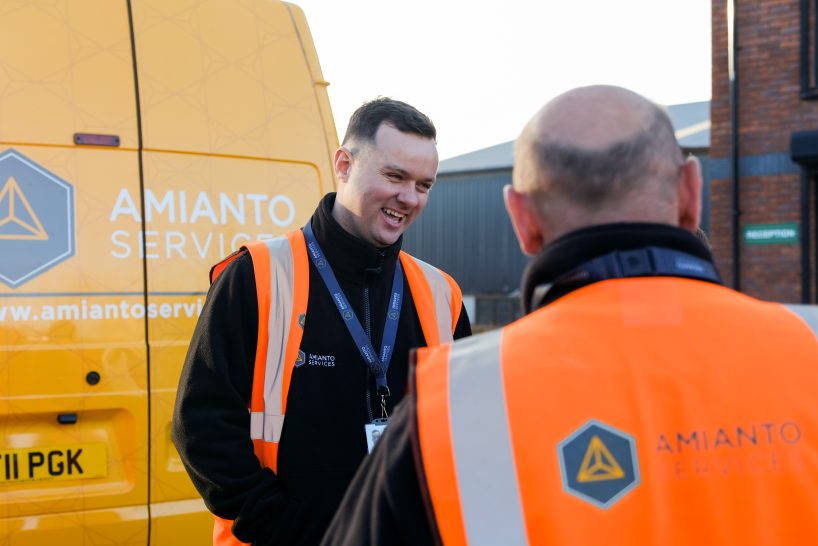 Congratulations to Amianto Services’ Dale Lindsay who has recently been promoted from Trainee Contract Manager to Contract Manager! We spoke to Dale about his experience at the company and how he feels about this big step in his career.

How do you begin in the asbestos industry?

I started in the asbestos industry as an operative in 2004. I made the move to supervisor in 2008 and continued in that role up to 2019. I started working for Amianto in October 2017, at the very beginning when the company was formed.

Has working at Amianto Services helped you in your career?

Working at Amianto has very much helped me progress in my career. I’ve made the move from supervisor, to trainee contracts manger, to now become a full contracts manager. I don’t think I would have had this kind of opportunity working for another firm, I am so grateful.

What training/qualifications have you achieved during your career?

I recently completed my IOSH managing safety course which Amianto/ The Sovini Group put me through, which has been a big help for my role. Also, the manager forums I’ve attended with HR have really helped me as this is my first management role. In the future, I would like to continue my training by completing a NEBOSH.

Dale continued on to say,

“I am so grateful and appreciative of everything Amianto Services has helped me with, especially Tony who is a kind of a mentor to me, and also Lee, James and all the admin team who make it easier for me to progress and learn in my new role. I’m hoping this is just the start of things for me, and hope to carry on progressing to reach my full potential. Amianto and The Sovini Group have invested a lot of time and effort into me, and I hope I can repay them over time.”